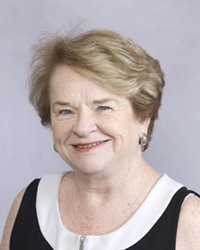 Ms. Milano served as President & CEO joined of the Diabetes Partnership of Cleveland from 2011 to 2015. In that role, she conducted an evaluation of all client services which led to discontinuation of some and addition of new, evidence-based programs.  She also arranged for the organization to begin billing Medicare, Medicaid and private providers for client services.

Prior to her tenure at the Diabetes Partnership of Cleveland, Ms. Milano was instrumental in the formation of the first statewide college access network—the Ohio College Access Network—and served as an early executive director of that organization. This evolved in the formation of the National College Access Network, where she also served as Executive Director. She was able to grow NCAN’s membership to more than 300 members during the time she managed the organization.

Ms. Milano also served as CEO of the Cleveland Scholarship Programs (AKA College Now) from 2007 to 2010 and previously from 1987-2001. Early in her career Milano served as the director of the Dallas Arts Combine, a non-profit marketing consortium of more than eighteen performing and visual arts organizations and later was vice president of a national human resources and association management firm headquartered in Cleveland.

Ms. Milano has authored guidebooks on developing and replicating college access programs and statewide networks. She has worked with community leaders from Maine to Alaska, and in 2006 spoke at the European Access network conference held in Greece. She worked with the Canadian Millennial Scholarship organization to replicate college access programs throughout the Canadian Provinces.  She has also testified before the United States Congress on postsecondary education for low-income students and has spoken on the topic before statewide and national audiences.

Milano has presented before numerous audiences on topics including:  Nonprofit Board Management; Fundraising in a Tough Economic Environment, How to Conduct a Successful Capital Campaign, Accounting and FASB Compliance for Nonprofits and Strategic Planning.  She has also provided consulting to nonprofit organizations with respect to start up and “turn around” situations.

Christina is a graduate of Lehman College in New York City with a degree in accounting.